Skip to content
Previous Next
Black Christians in America: A Personal Invitation From Esau McCaulley

Black Christians in America: A Personal Invitation From Esau McCaulley

We were challenged and inspired by the Rev. Dr. Esau McCaulley when he spoke on “Towards a More Diverse Anglicanism” at the 2018 Intersection Conference. Now he’s inviting the Telos Collective to join him at the upcoming Call and Response Conference, an African-American gathering he’s organizing on “The Past, Present, and Future of Black Christians in America” at Northeastern Seminary. We asked Esau what he hopes the conference will accomplish and why our predominantly white Anglican community needs to be there.

Q: Esau, what is your role in the Call and Response Conference?

Esau McCaulley: I’m one of the organizers along with two other people, Santes Beatty and Natasha Robinson. We developed the vision together. Together we set the theme, chose the speakers, and recruited some of the donors. I’m the coordinator. Santes Beatty is the director of multiethnic ministries for the Wesleyan church. Natasha Robinson has written a book for InterVarsity Press and is writing a second one. She also leads a nonprofit that mentors young women to develop as leaders. 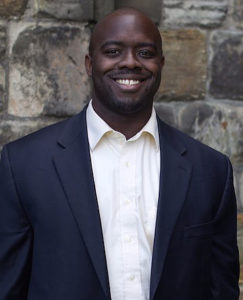 Q: What inspired your vision for the Call and Response conference?

EM: In 2016, I was invited to speak at a Missio Alliance conference. The topic I chose for my break-out session was “The Future of Blacks in Evangelicalism.” I was worried that there was a coming fracture in Blacks in evangelicalism, unless something was done really quickly. All of the Black people at the Missio Alliance conference came to that little break-out session. I had asked Natasha Robinson to help me lead the session, and we hit it off around a shared passion for justice and multi-ethnicity.

When you have these large white conferences, often the Black people go to a smaller one within it, and the white-themed one overshadows it. I said to Natasha, “What if we did a conference a different way, where instead of having African American concerns be on the side, we actually centered on African American concerns, while at the same time being open to our Caucasian brothers and sisters?”

This isn’t a conference to explain Blackness to white people. It focuses on the needs of African American Christians from their perspective, and if other people want to come in and learn and listen, they can. Oftentimes when African Americans come to conferences, they engage in the work of translation and bringing the learning back to their community. I said, “What if we invited our brothers and sisters who aren’t Black into our space, so they actually see what it’s like to listen to a Black conversation?”

Q: What do you hope people receive from the conference?

EM: I want people to feel like they receive practical information and tools to engage in ministry. This is the Bible scholar in me, but when I’m about to preach a text, I always read the chapters before and after in order to be contextually relevant. So we really can’t talk about ministry in the present unless we have some understanding of how we got to this place where we are. Part of the conference will be a historical look at the plight of African American Christians in the United States, but the purpose is to help us understand how to minister the gospel in the present age. Ministry in the present is always informed by what we think will happen in the future, by our eschatology. People who come to the conference will be equipped with practical skills that are historically and eschatologically informed.

Q: How did you choose the speakers?

EM: We put a wish list together of people we thought wouldn’t say yes. We said, “Let’s not put any limits on our aspirations.” But when we started asking people, telling them our vision, they said yes. These are people who are respected and admired. This conference is unique because the focus is not on one tradition. Our speakers come from different contexts—from the Black church, from the multiethnic space, and from evangelical places.

For example, Charlie Dates is a young African American pastor in the Black Baptist tradition but with a PhD from Trinity Evangelical Divinity School in Deerfield, Illinois. We thought he would both be able to articulate the Black church’s experience and have some understanding of an evangelical context.

We also wanted to make sure we had a balance of men and women, young and old. Christena Cleveland has been at the forefront of issues of racial reconciliation and justice for a long time. Lisa Fields is an African American woman who started her own apologetics ministry focused on issues facing African Americans. She’s been really popular and effective in ministering to Black millennials. Marvin McMickle wrote the definitive work on the history of African American preaching, and he’s also the president of a seminary near here. Given the prominent role that preaching has played in the African American tradition, we thought having him was a no-brainer. 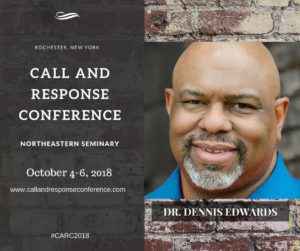 Truth’s Table was a group of women we met because we loved their podcast. We liked the way they talk about race and justice from a biblical perspective that highlights the concerns of African American woman. Dennis Edwards is both a scholar who published a commentary for Zondervan and someone who’s been in a local church and is going back to teach at a seminary. Once again, he is an African American in an evangelical context who has remained authentically immersed in affirming Black culture. Sometimes, one of the prices for admittance into evangelicalism is softening who you are as an African American. We were impressed by the integrity of Dennis’ witness and who he was under difficult circumstances.

That’s just a few of the speakers we have coming!

Q: What are some of the tracks you’ll offer?

EM:  I’ll be leading a track on seminary education, focusing on What does it look like if you’re an African American looking at seminary? What does it look like to effectively minister to our minority seminarians? There’s another track for people who are interested in publishing or who like to write and blog. If you’re a writer, and you’re wondering “How do I make my connections?” “Where do I begin?” come to the conference. There’s tracks about youth ministry, and mental health in the church. We’ll have a track about podcasting, and another about apologetics. White and Black apologetics are different, so it could be really practical for white pastors who sometimes don’t have the cultural intelligence to anticipate and address the needs and concerns of minority members of their congregation. This will be directly relevant to people looking to engage those communities.

Q: Why did you choose to hold the conference at Northeastern Seminary?

EM: Northeastern is a school that is 40% African American and Latino. I currently work there. I said, “Let’s have it here because the school is diverse and committed to biblical fidelity and multi-ethnicity.” Rochester is also a city of abolitionists and radicals. Susan B. Anthony was here. Frederick Douglass was here. Some of the roots of abolitionism are right here in the city. There’s a lot of important historic Black churches in the city. Those things all converge to make Rochester a particularly apt city.

Q: Why is it especially important for Caucasian Anglicans to attend the Call and Response Conference?

EM: Anglicans don’t spend enough time around Black people, especially when the Anglicans are not in charge. It’s usually mediated through our own filters, when we get people to come from overseas to be our diversity. People are saying “We want more diversity, we want more diversity,” but we keep planting churches in suburbs and going to 99% white institutions to try to find future clergy. That may be a path toward ineffectiveness.

What is really important to me is for Anglicanism to be exposed to something outside our cultural context. African Americans are not so much ignored as we are unknown. To be honest, for a variety of reasons, Anglicanism is historically ineffective in reaching out to African Americans in particular, and minorities in general. This is a chance for us to humble ourselves, take off our collars, and all of our prestige, and actually listen to the Baptists, Methodists and Presbyterians and the Black church that’s been doing this for hundreds of years.

I’m thinking about having an Anglican track for African Americans who want to learn about Anglicanism. For a variety of reasons, African Americans never consider Anglicanism. When they came into the evangelicalism in the ’90s and early 2000s before Trump, they came in through InterVarsity and these other places that filtered into them into the Reformed tradition. There weren’t any Anglican onramps on campuses. Also, if you’re leaving the Black church, it’s one thing to go into evangelicalism. It’s a second thing to go from evangelicalism into Anglicanism, a subculture of a subculture. We need to get on the radar earlier in the process so people can figure out what it means to be an adult Christian living out their faith in this context. Showing people that Anglicanism as a viable option is important.

Q: How can we help enable the work of the Call and Response Conference?

EM: There are three ways:

Learn more about the Call and Response Conference. 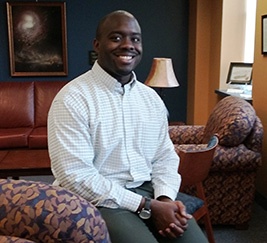 Esau McCaulley has served in many professional and cultural contexts throughout his ministerial career and theological study. These experiences included being pastor at All Souls Episcopal/Anglican Church in Okinawa, Japan, assistant to the pastor, St. John’s Episcopal Church, Portsmouth, VA, and assisting priest at All Saints Episcopal Church in St. Andrews, Scotland. He recently completed his Ph.D. in New Testament at the University of St Andrews where he studied under the direction of N.T. Wright. His research and writing focuses on Pauline theology and the intersection of race, Christian identity, and the pursuit of social justice. He currently serves as assistant professor of New Testament and Early Christianity at Northeastern Seminary in Rochester, NY.