Building Student Community in an Age of Isolation

What do local churches need to know as they seek to discover, develop and deploy the next generation of spiritual leaders? Ryder Mills of Christ Church Anglican in Overland Park, Kansas, suggests we take a closer look at the world today’s teenagers are living in—one in which they’re safer, and lonelier, than ever.

Let’s start with some good news: current American teenagers are the safest generation in human history.

They engage in less risky behavior than their parents and grandparents did at their age; teen rates of smoking, drinking, driving, sexual activity, and partying have dropped off significantly in the last 20 years (The Atlantic). Today’s young people are staying in more, going out less, and spending most of that time in their rooms, looking at a screen. Parents, who remember the impulsivity of their own youth, are glad to see their own kids aren’t getting away with what they got away with as latchkey kids of the ‘70s and ‘80s. Knowing that one-third of all teenage deaths are due to car accidents (CDC), parents are rightfully relieved that their kids are uninterested in getting their drivers licenses and are happy to chauffeur them to their various activities.

Today’s young people are more at risk from isolation than impulsivity.

The impulsivity that plagued teens’ parents and grandparents isn’t as big of a risk factor for them. Unfortunately, their increased environmental safety and aversion to risky behavior has not correlated with an increased internal well-being. Anyone who is a parent of teenagers or works with that age group right now is increasingly aware and concerned about the rampant epidemic of anxiety and depression among young people.

Anyone who is a parent of teenagers or works with that age group is increasingly concerned about the rampant epidemic of anxiety and depression.
Click To Tweet

Some blame politics, climate change, phones, Instagram, or gun violence for the rise in teenage stress. I would rather side-step trying to figure out the culprit (it’s too nuanced and multifaceted for the space here) and instead focus on a potential opportunity we have as youth workers to address this issue.

We all know (and cringe) at the trope of the awkward youth group leader earnestly warning their students about dangerous behavior. It was somewhat justified for the youth of the ’80s and ’90s. But the impulsivity of past generations may have been curbed by behavioral modification and advocacy for self-control and wisdom. This new generation requires an adapted methodology in order to integrate them into the people of God.

This new generation requires an adapted methodology in order to integrate them into the people of God.
Click To Tweet

What today’s young people need is vulnerable, vision-driven community. The difficulty is they have no practice being present with one another. Their buffered selves are further isolated by relationships mediated through digital pathways rather than face-to-face conversation. Throw a kid who doesn’t have conversation skills into a small group, and they flounder.

For many of us well-intentioned youth workers and small group leaders, it’s easy to see the need for our community to be vision-driven. We see the importance of directing our Christian community “upward” toward God and “outward” toward the world, rather than being an “inward” Christian clique. We often assume that if we just orient the community toward Jesus, that’ll fix everything else.

What we can easily neglect is that relationships are built on a million skills and habits that we have to learn.

Rather than assume that our youth have the skills and instincts necessary to make conversation and develop friendship, we must assume they need someone to model and teach them the practices necessary for community. We can do this through making consistent, intentional effort to practice vulnerability together, to model empathetic listening, and to cast a vision for the courageous life of faith with God in community.

This article was originally published at C4SO.org. Used with permission. 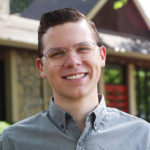 Ryder Mills is two years into full-time youth ministry at Christ Church Anglican in Overland Park, Kansas, a church of about 750 with 50 students engaged in its youth ministry. He serves on the Diocese of C4SO’s NextGen Leadership Team and is excited to plan and test strategies to develop leadership in students.