Skip to content
Previous Next
Does Mission for Anglicans Look More Traditional or Contextual?

Does Mission for Anglicans Look More Traditional or Contextual?

Many Anglicans in North America are experiencing a tension: Is the missional work of the Anglican Church tradition-shaped or contextual? The Rev. Seth Richardson suggests it is both—a unified task that is deeply and inextricably sacramental.

Over the past decade of my journey into Anglicanism, I’ve been surprised by how different Anglicanism can feel from one parish to another, or from one priest to another, even within the same diocese.

Some local expressions are less obviously or deliberately sacramental. The verbiage, rhythms of worship, aesthetic qualities, and room dynamics feel more rooted in the Bible Church and modern praise music movements of the last 30 years than in a Prayer Book tradition.

In other places there is a clear and deliberate effort to inhabit the distinctives of Anglican identity (in whatever version). A person unfamiliar with high church liturgy might feel disoriented and even lost in this space. These parishes are not just deeply sacramental in form; they are deliberately Anglican.

I wonder whether these are merely different tributaries flowing in and out of the same river, or if there is something deeper at work that could signal a critical incoherence in our effort to be faithful witnesses in this time and place as Anglicans.

To the degree the latter is true, we need a new frame for understanding how to be on mission in North America as Anglicans. We need a vision that frames the work of the Church as both tradition-shaped and contextual—a unified task that is deeply and inextricably sacramental.

Neither Relevancy Nor Doubling Down

In a recent article aimed at a broader evangelical audience, I wrote, “Charting a way of faithfulness that is both present and particular requires moving past the temptation either to chuck our received tradition and distinctiveness for something called ‘relevancy,’ or merely to double down on existing, traditional language and practices. In fact, many leaders recoil into a double-down posture out of fear that the only other option is that ambiguous category called relevancy.”

I think that Anglicans in North America are experiencing the same tension. We are feeling the tug between the false poles of “relevancy” on one end or “doubling down” on the other. I feel this when I spend time in different parishes, when I listen to fellow priests talk past one another, and when I see inter-Anglican theological fistfights break out on social media (to name a few).

We are feeling the tug between the false poles of “relevancy” on one end or “doubling down” on the other.
Click To Tweet

By “relevancy” I mean the effort to make Anglicanism more approachable simply by removing liturgical and sacramental distinctives. The move here is not simply adapting forms (through a dialectic between received tradition and context) as much as subtly shifting sacramental forms to the background, making the Sacraments and sacramental character of practices incidental (rather than integral) to the identity and mission of the Church.

There is a kind of utility to a relevancy strategy. It is often more effective at drawing people into the worshipping space because of the effort to be approachable and culturally intelligible. People in a particular locale are engaged on terms that already make sense to them.

But the relevancy strategy misses how the Church’s life is meant to bring holy disruption. Engagement is taking place, but the other-worldly distinctiveness of God’s set-apart community is diluted of apocalyptic force. For Anglicans this often happens precisely at the point where the effort to make accessible the simple Gospel message amounts to de-sacramentalizing the practices of the Church.

The relevancy strategy misses how the Church’s life is meant to bring holy disruption.
Click To Tweet

The unintended effect of relevancy strategies is that mission becomes a mono-cultural marketing tool, often catering to the dominant social group in a place. Relevancy strategies often lack the prophetic quality necessary to reveal, challenge, and disrupt the hegemonic and spiritually de-formative powers at work in a place.

On the other hand, by “doubling down” I mean the effort to preserve a “true” form of Anglicanism as a way of protecting against the threat of relevancy strategies. There is a reactivity born of a concern that the sacramental convictions that shape Anglican ecclesiology will be flattened, diluted, or totally abandoned if tradition is put in conversation with the particulars of context.

The unintended effect of doubling down on tradition is that Anglican identity becomes the mission. Performing liturgical rites in the right way as defined by our correct reading of the rubrics is what Gospel faithfulness means in this time. Tradition is not a necessary-yet-dynamic part of our identity that gives distinct shape to how we join in God’s mission. Tradition becomes the tool through which we preserve and extend ourselves—Anglicans.

The unintended effect of doubling down on tradition is that Anglican identity becomes the mission.
Click To Tweet

It’s important to name that this effect is unintended because we forget to pay attention to the harm we can inflict even while attempting to do good. The danger is not that by embracing tradition we would appear irrelevant or foolish. That’s just part of what comes with preaching Christ crucified. The danger is that we would perpetuate a particular version of Anglican identity in the guise of Gospel faithfulness.

Anglicanism Can Be Both Tradition-shaped and Contextual

In part, both errors are the fruit of a failure to imagine how cultivating thick, traditioned sacramental practices and also becoming fully, non-coercively present in particular contexts can be part of the same work of Gospel faithfulness.

Anglicanism at its best is the attempt to contextualize the one, holy, catholic and apostolic Church.
Click To Tweet

This kind of sacramental contextuality is part of the gravity that drew me into the Anglican orbit. I’m convinced this is part of the unique gift Anglicanism can offer unto the missional task of shaping Christian witness amidst an increasingly post-Christian North America and also bring more coherence and unity amidst inter-Anglican antagonism.

One of the strengths of seeking a sacramental contextuality is that it allows us to face a multiplicity of complex issues in North America. We expend a lot of energy grinding over inter-Anglican disagreements, fighting for the legitimacy of our emphasis as the central issue that defines Anglican identity for this age. Part of the reason for this adventure in talking past one another is that we actually face different contextual challenges that requires different postures, different emphases, and different language.

This is not to say that anything goes or that it is helpful to attempt to house any theological or ecclesiological practices under Anglican identity. There must be a coherent theological and ecclesiological vision that anchors and shapes our life together. The point is that this vision is necessarily forged through the interplay between tradition and context, and the particular forms that are birthed from this process can always be deeply sacramental.

There must be a coherent theological and ecclesiological vision that anchors and shapes our life together.
Click To Tweet

Among other things, moving toward a sacramental contextuality looks like slowing down and listening to each other, fellow Anglicans, seeking to understand how our local contexts require different sacramental speech-acts. This same act of listening can also be applied to those who are “other” than us (far neighbors, as Bonhoeffer called them).

The assumption in either case is that part of what it means to aim toward Gospel faithfulness is joining with others, distinctly as Anglicans, with the goal of learning how God is shaping a future we can embody together that we do not control. 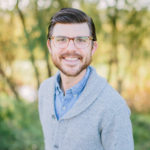 Seth has served as a priest in both the Anglican Mission and Church for the Sake of Others. Currently, he and his family make home in the Ozarks Mountains of Northwest Arkansas.