Skip to content
Previous Next
How Does the Kingdom of God Influence My Leadership?

How Does the Kingdom of God Influence My Leadership?

The kingdom of God can and must have an impact on how we lead. But what does real kingdom leadership look like? Preparing for our focus on Missional Leadership at the upcoming virtual Intersection Conference (Sept 16-17), the Rev. Dr. JR Rozko shares 3 defining qualities of leadership informed by Jesus’ gospel of the kingdom.

About 10 years ago I was invited to join a group of others in attending a bootcamp for prospective church planters in Texas. During one of the sessions, I vividly remember the presenter exclaiming to the group of 200 or so of us assembled, “The south is home to some of the best preachers in the world! If you can’t communicate in ways that captivate people week after week, you might as well pack it in now because you’ll never cut it.”

He continued, “Church planting is tough business. It increases rates of adultery, abuse, divorce, and psychological distress. So you better be ready to man up!”

Some leaders understand the gospel merely in terms of a cosmic transfer of guilt from us to Jesus, and that giving intellectual assent to this truth guarantees one entrance into heaven upon death. For these leaders, creating and leading churches designed to manufacture this outcome to the greatest number of people, no matter the earthly cost, makes complete sense.

But this is decidedly not what Jesus had in mind when he came proclaiming the nearness and availability of the kingdom of God. Instead, a kingdom understanding of the gospel leads us to a vision of salvation that can be understood, as Dallas Willard was fond of saying, as being “caught up in the life that God is now living on earth.” Understanding the gospel and salvation in this way is the basis and holds important implications for what we might call kingdom leadership.

On the other hand, it won’t do to simply let “kingdom” stand in for “spiritually awesome.” There has to be some specificity to what we mean when we use the word “kingdom” to describe leadership. And I believe the kingdom-laden life of Jesus provides all the context we need to discern that specificity.

I suggest that a theology of leadership informed by Jesus’ gospel of the kingdom has 3 defining qualities that form a foundation for any and all other ways we might want to understand leadership.

Presumably, any Christian would affirm that biblical leadership is marked by self-sacrifice. What better example could we possibly have than Jesus who quite literally sacrificed himself for the sake of others?

Yet his self-sacrifice was neither haphazard nor reckless. Rather, there was a discernment to his willingness to sacrifice himself that was grounded in the reality of God’s kingdom. We see this in the thoughtfulness of his movements, the timing of his prophetic acts, and the care he took in his language and admonishments to others not to disclose their recognition of his messiahship before the proper time.

This is far different than a style of leadership that would presume any sacrifice at any time, no matter the long term implications for oneself or others, is in some way spiritually valorous.

Contra this false piety, the true manifestation of sacrificial leadership is allowing the marks and priorities of the kingdom of God to determine the if’s, how’s, when’s, where’s, and why’s of saying with Jesus, “not my will, but yours be done.”

Another quality of kingdom leadership is what I call loving presence. What I have in mind here is essentially what I take Bonhoeffer to mean when he writes in Life Together, “Those who love their dream of a Christian community more than they love the Christian community itself become destroyers of that Christian community even though their personal intentions may be ever so honest, earnest and sacrificial.”

More to the point, we see this principle at work as we observe the manner in which Jesus, though not captive to the agendas of those around him, was nevertheless extraordinarily present to the people and circumstances in which he found himself as he went about his Father’s business. For Jesus, the kingdom of God was not some meta-project that was only tangentially related to his life and ministry. Rather, the reality of the kingdom was manifest and made available in and through Jesus’ engagement with those around him. Loving presence was thus the lifeblood of Jesus’ mission and his leadership.

Techniques and strategies have their place in the lives of leaders, but as time always reveals, unless they cohere with the priority of loving presence, they have no ultimate bearing on the efficacy of Christian leadership. As Jesus made real the good news of the kingdom through his loving presence with and to and for others, kingdom leadership, which is to share in Christ’s own life, functions in the same way.

A final hallmark of Jesus’ kingdom leadership is what I call spiritual confidence. That is, an utter dependence on and trust in the supreme power of the Holy Spirit as ultimately determinative, not just for his own mission, but the entire course of human history.

Not once in the gospels do we get the impression that Jesus felt any sort of pressure to manufacture outcomes. Nor does he demonstrate, in his engagement with others, a “fall in line or get out of the way” style of leadership that is all too common in Christian leadership cultures.

To be sure, he is resolute in his divine mandate. He speaks truth with authority. And he strongly warns people of the consequences of their thinking and decisions. Yet all this flows not from an anxiety over not being taken seriously, but in complete confidence of the Spirit’s presence and activity.

The contrast between the kingdom of God and Christian empire could not be more stark. Empires rise and fall on the strength of earthly leaders and and the systems they put in place in order to fortify, enforce, and extend their domain. Empires are constructed. The kingdom of God, on the other hand, is not constructed. It simply exists in and through Christ. Its strength, despite temporary appearances, never wanes. It is constant and always available to those habituated to its nature.

This is obviously an incredibly limited excursus into a theology of leadership grounded in the reality of the good news of God’s kingdom. Hopefully, however, it has 3 clear takeaways for today’s ministry leader.

First, we do stand in need of a theology of leadership. That is, that leadership is not a category of human activity that exists apart from an explicit reference to its purposes in the nature and character of God.

Second, we must repudiate certain forms of Christian leadership and repent on account of their failure to represent Jesus and ability to inflict great harm.

Third, we have access to knowledge with respect to the reality of God’s kingdom that should play a fundamental role in how we conceive of leadership and, therefore, in shaping our imaginations for how kingdom leadership is cultivated within, for, and through the Church.

To continue an exploration of how we lead in the kingdom of God and other facets of Missional Leadership, join us at the 2020 Intersection Conference. 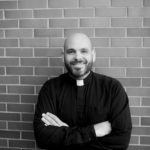 JR Rozko has spent most of his working life serving simultaneously in local churches as a pastor and in theological education as a program developer and instructor. His main interests and passions revolve around helping the Western Church develop missional perspectives and instincts, especially through a greater awareness and engagement with Church leaders in the Majority World. Helping to create new networks, partnerships, conversations, and resources that embody and advance the good news of God’s mission of reconciliation is at the center of JR’s personal sense of call. JR has a Doctorate in Missiology from Fuller Theological Seminary. An ordained priest in the Diocese of C4SO, JR and his wife Amy pastor First Church of the Resurrection in Canton, OH. He is the cofounder of Missio Alliance and also serves on the Telos Collective Leadership Team.