Skip to content
Previous Next
Reclaiming the Missional Heart of Anglicanism

Reclaiming the Missional Heart of Anglicanism

Anglicanism is sometimes construed as a holy huddle, with leaders content to stay inside and keep the sacraments to ourselves. But the Rev. Dr. Winfield Bevins, Director of Church Planting at Asbury Seminary, reminds us that mission is at the very heart of our tradition. He gives us a compelling glimpse into how mission shaped every stage of Anglican history from England to Africa—and how we’re an active part of that puzzle today.

Rather than being anti-mission, there is something within the very DNA of the Anglican tradition – rooted in the sacraments – that prepares and compels believers to join in the mission of God. The sacraments and liturgy have a profoundly missional element to them, which impel the church toward mission rather than away from it.

Mission is in fact at the very heart of what it means to be the church of Jesus Christ in the world today. The liturgy of mission looks different in each context, but flows from the same deep place of Christ’s love.

By recovering the definition of liturgy as the “work of the people,” we remember that the life of the church is something we do together with others and not as individuals. Rather than doing mission as a lone ranger, our mission flows from our belonging to the larger body of Christ. Therefore, our mission is also a liturgy in a real sense of the word that flows from our communal understanding of being a member of the body of Christ.

I want to show in this post that Anglicanism is a rich tradition that is both liturgical and missional. We will examine several missional movements within our Anglican history. In so doing, we will see that mission is at the very heart of our Anglican heritage.

The Anglican tradition traces its roots back to the time of the Roman Empire when a Christian church first came into existence in the British Isles. Anglican actually means “English,” and refers to the church’s place of origin. The term “Anglican church” is simply a translation of the Latin phrase ecclesia anglicana and refers to the church in England.

Church fathers Tertullian and Origen both spoke of a church in England around AD 200; Saint Alban’s execution in AD 209 represents the first Christian martyrdom in the British Isles; and in AD 314, Britain sent three bishops to the Council of Arles. As you can see, not only have Christians inhabited the British Isles since the third century, they have also actively contributed to the history of Christianity since that time.

When most of us think of Ireland, we think about green rolling hills and countryside covered in grass. But few people know that more than 1500 years ago, this island birthed one of the most influential movements in the history of the Christian church. In fact, some scholars argue that the Celtic Christians, who called Ireland their home, contributed to the preservation of western civilization. Christianity spread throughout the British Isles under the leadership of Celtic missionaries like Patrick and Columba. Patrick (387–493) baptized thousands of people, ordained hundreds of ministers, and helped plant hundreds of churches throughout the British Isles.

Christianity continued to spread throughout the British Isles like wildfire under the gifted leadership of men such as Columba (521–597). Using their influence, Columba and other Christian leaders established monastic communities in Iona, as did Aidan in Lindisfarne. Contrary to common stereotypes, these monasteries did not house monastic recluses. Rather, they became spiritual centers and discipleship-training hubs that commissioned missionaries throughout Western Europe. The churches and monasteries of this movement became some of the most influential missionary centers in all of Europe. Missionaries went out from Ireland to spread the gospel throughout the world. These Irish monasteries helped preserve the Christian faith during the dark ages.

An important step in the history of the English church happened in 596 when Pope Gregory the Great sent one of his assistants, a Benedictine monk named Augustine, to evangelize the Anglo-Saxons. Due to his influence, many consider Augustine the “Apostle to the English.” He eventually arrived in Kent (the southeast corner of England) in 597 with a team of monks. There, King Aethelbert, whose wife already practiced Christianity, allowed Augustine and his team to settle and preach among the people.

Augustine eventually succeeded in converting the king and many others to the Christian faith. Often when a king converted, his subjects would follow, and this case was no different. This unique connection between king and church continued throughout the ages and remains a crucial historical tenet to understanding the complex relationship between the church and state in the Church of England.

Augustine became the first archbishop of Canterbury and established a center for Christianity in Britain. From that time onward, Canterbury became a hub for sending out missionary bishops across England and beyond.

Anglicanism constituted a missional faith in the 17th and 18th centuries and expanded rapidly through mission organizations of the Church of England such as the Society for Promoting Christian Knowledge (SPCK, founded in 1698), the Society for the Propagation of the Gospel in Foreign Parts (SPG, founded in 1701), and the Church Missionary Society (CMS, founded in 1799). These Anglican mission organizations helped spread the gospel throughout the world and sowed the seeds for what is now the worldwide Anglican Communion.

One historic example of Anglican mission was the Wesleyan revival, which was an Anglican renewal movement that started in the Church of England and quickly grew into a worldwide missionary movement. Starting from only a handful of people, Methodism established hundreds of societies in England and the United States.

By the time of John Wesley’s death in 1791, the Methodists had become a global church movement with more than 70,000 members in England and more than 40,000 in the new United States and other mission stations around the world. Even though the Church of England could not contain it, the Wesleyan revival stands out as an Anglican renewal movement.

Even the Anglo-Catholic revival of the 19th century was missional! The 19th century in England saw the rise of the industrial revolution, which brought with it a new set of challenges and opportunities that the world had never seen before. It was a time of great change and upheaval in the church and culture alike. The spirit of the age caused many to rethink the importance of the church’s role in society. Many Christians fought to end slavery, create child labor laws, and champion women’s rights.

Many Christians in the 19th century began to ask the question, “Should the church embrace the advances of contemporary society or should it seek to remain faithful to its historic foundation?” During this time, an influential group known as the “Oxford Movement” sought to recover the Catholic thought and practice of the Church of England. Centered at the University of Oxford, the proponents of the Oxford Movement believed that the Anglican Church was by history a truly “catholic” church.

In time, the ideas of the Oxford movement spread throughout England and into other provinces planting dozens of new Anglo-Catholic expressions of church. The contributions of the Oxford movement can still be seen in Anglican churches around the world today in a variety of ways including the use of liturgy and ritual in church worship, the central place of the Eucharist in worship, the use of vestments, the importance of ordained ministry, the establishment of Anglican monastic communities for men and for women, and a strong emphasis on the importance of educated clergy.

More recent examples include the explosive growth of Christianity in Africa that has led to the planting of thousands of new churches across the continent. Prior to becoming the first dean and president of Trinity School for Ministry, Bishop Alfred Stanway served as a missionary bishop in Tanzania from 1951 to 1971. During that time, he helped oversee the planting of 1,000 new churches. That’s one new church every seven days!

The revival began within the Anglican Church of Uganda through a partnership between Joe Church and several Ugandan evangelists. It quickly spread to other churches of Kenya and of Tanzania during the 1940s and 1950s. Dr. Church played an important role in documenting the East African Revival through its early years. The revival focused upon the centrality of the saving power of Jesus Christ, and the revival reaped an unimaginable reward.

Another significant trend in Anglican mission that developed in London is the Alpha Course, an evangelistic course that seeks to introduce the basics of Christianity in the setting of a meal and discussion group. According to the Alpha website, “Alpha is a series of interactive sessions that freely explore the basics of the Christian faith. No pressure. No follow up. No charge.” Alpha courses are taking place in churches, homes, coffee houses, and a wide variety of other locations. Alpha was started in 1977 at Holy Trinity Brompton in London. In 1990, Nicky Gumbel, a curate at Holy Trinity, took over running the course, which has since become an international phenomenon.

Currently, Alpha is taught around the world by all major Christian denominations including Roman Catholic, Anglican, Baptist, Methodist, Lutheran, Orthodox, and Pentecostal. In 2015, the Alpha website described the course as running in 169 countries and 112 languages, with more than 27 million people having taken the course! Many people have endorsed Alpha, like television adventurer Bear Grylls, who said, “Alpha was the best thing I ever did. It helped me answer some huge questions and find a simple empowering faith in my life.”4

In recent years, the Anglican Church in North America (ACNA) has become a missional movement to reach North America. Overall, since its inception in 2009, the ACNA has planted more than 500 new churches across the United States in a variety of different contexts.

While many denominations are maintaining the status quo, the ACNA is committed to starting new churches and engaging in fresh mission. Bishop Todd Hunter describes the missional thrust of Anglicanism in the following way:

Several significant missional expressions have emerged through the ACNA in recent years to fulfill its mission to “reach North America with the transforming love of Jesus Christ.”

In conclusion, God’s love inspires us to be missionaries to the world around us. Theologian Emil Brunner said, “The church exists by mission just as fire exists by burning.” Mission begins at home, serving in our local church, and reaching our community. Every Anglican can play a part in God’s mission as we have been sent as missionaries to share the gospel in our present culture and to fulfill the Great Commission. Anglicanism reminds us that the church is not an end in itself; the church is sent into the world to fulfill the mission of God. 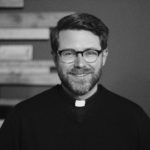 Rev. Dr. Winfield is the Director of Church Planting at Asbury Theological Seminary in Wilmore, Kentucky. As a seasoned practitioner, he has helped plant several churches and has used his experience to train leaders from around the world. He is the author of several books including his forthcoming book Ever Ancient Ever New: The Allure of Liturgy for a New Generation (Zondervan, 2018). As an author, one of his passions is the intersection of spiritual formation and mission. He and his wife Kay, have three beautiful girls Elizabeth, Anna Belle, and Caroline and live in the Bluegrass state of Kentucky. You can connect with him at winfieldbevins.com or on Twitter @winfieldbevins.