Skip to content
Previous Next
What Attracts People to Anglicanism? Subversive Cultural Resonance

The very strangeness of Anglicanism piques the interest of a postmodern culture. Drawing from his own research, the Rev. Joshua Steele of Church of the Savior and creator of the blog Rookie Anglican explores some of the reasons why people find Anglicanism appealing. The right kind of “seeker sensitivity,” he suggests, can help newcomers access the riches of our faith tradition and embark on a lifetime of spiritual formation.

Let’s be honest. We Anglicans aren’t exactly known for being “seeker-sensitive.”

Instead, we’re known more for having church services that, to put it simply, are weird—at least within the surrounding culture. Consider the interesting garments that the leaders wear. Sometimes there is incense and bells. You’re handed a cup of wine along with the words “the blood of Christ.” Most Anglican church services are a far cry from church services that feel like going to the movies or a concert!

On the one hand, I think that this is a very good thing. As Scot McKnight reminded us recently, the difference between the cultures of this world and the culture of the church is that only the latter is driven by (and toward) “Christoformity.”

So, Anglican Christianity, precisely because of its weirdness, can remind us that, in the words of Brad Harper and Paul Louis Metzger in Exploring Ecclesiology, “The church is a cultural community. It is Christ’s eschatological kingdom community, itself a culture that engages other cultures from Christ’s kingdom vantage point” (p. 207).

No “culture of this world” can be equated with the culture of Jesus Christ. This is, I suggest, the important sense in which Christians (and not just Anglican ones) should not be “seeker-sensitive.”

And yet, on the other hand, the very mission of the church seems to demand that Christians be “seeker-sensitive” in the best sense of the phrase. This is because the gospel, though it does contain a powerful critique of a world alienated from God, is only “good news” to the extent that it resonates with (and does not merely refute) the cultures in which it is proclaimed.

So, perhaps we Anglicans need to do a better job of being “seeker-sensitive”—in the sense of resonating with the culture(s).

“Resonating” with the culture, however, does not necessarily mean “approving.” Instead, the church’s resonance with the cultures around it will frequently be “subversive” (again, see Scot McKnight’s previous piece).

Toward that end, I’d like to consider some ways in which I’ve noticed the Anglican tradition subversively resonating with the culture(s) around it—especially those in the United States of America in recent years.

What attracts people to Anglicanism?

Based upon my (admittedly limited) “field work” over at Rookie Anglican, here are some subversively culturally resonant things that are drawing people into Anglicanism these days.

Most people’s first encounter with Anglicanism is in the context of a weekly service of Holy Communion. It makes sense, therefore, that people are attracted to Anglicanism by many of the things present in this “first encounter.”

Here’s how Zachary Dewey put it in one of the first “Anglican stories” we shared at Rookie Anglican:

Here’s where I see the subversive cultural resonance: the communal and Christ-focused nature of Anglican liturgical worship is a powerful witness in the midst of a culture that emphasizes individualism.

Furthermore, many find the weekly confession of sin, absolution (or assurance of pardon), and the “comfortable words” attractive, even though (1) acknowledging our sins is uncomfortable and (2) genuine confession and forgiveness are hard to come by in the cultures of the world.

There is a distinctive “pace” to the Anglican way of following Jesus that many find attractive. Although, as I’ve said, the weekly worship service is usually someone’s first encounter, one quickly discovers—perhaps while flipping through an Anglican Prayer Book—that the weekly Eucharist is just one piece of the puzzle.

On a daily level, Anglicans have the Daily Office of Morning and Evening Prayer (plus Noonday and Compline!). Then, beyond the weekly Eucharistic rhythm, there’s the seasons of the church year. Not to mention the major life events of Baptism, Confirmation, Matrimony, and Burial.

Where’s the subversive cultural resonance? Well, many people find the Anglican rhythms of the Christian life appealing—even (perhaps especially) when they are hard to follow (looking at you, Morning Prayer) in the midst of a chaotic world of competing rhythms of life.

Anglican rhythms are a reminder, first, that Jesus Christ is Lord over all of time. He calls the shots, not shopping cycles or sports seasons.

Anglican rhythms are a reminder that Jesus Christ is Lord over all of time.
Click To Tweet

Second, they are a reminder that there is enough time for God to accomplish his purposes. I don’t know about you, but I often find that the Anglican rhythms slow me down! There is a deep trust within the Anglican tradition that God can and does shape us in often imperceptible ways through the rhythms of the Christian life.

Speaking of rhythm and time, some people are drawn to Anglicanism because it connects them to the history of the church.

Sure, some argue that Anglicanism began in the 16th century. But arguments can be made that the Anglican tradition goes back much earlier, all the way back to the church fathers. This connection can be seen in the “family resemblance” between Anglican liturgies and the liturgies of the early church, as well as in Anglicanism’s reliance upon the classic Christian creeds.

At its best, Anglicanism is known for its theological “comprehensiveness”—its willingness to leave room for debate and disagreement within purposefully broad boundaries.

Of course, this unique approach to theology is also behind many of the conflicts within the Anglican Communion today. Nevertheless, many (myself included) find the theological breadth within the Anglican tradition very compelling. (Just read through the “Anglican stories” on Rookie Anglican. You’ll see how often this comes up.)

We don’t always live up to our own ideals, but Anglicanism’s comprehensive approach to theology is, I argue, subversively culturally resonant in a world where tribalism appears to be on the rise. It’s a reminder that there is (or at least “ought to be”) room for loving disagreement within the people of God.

(How) does Anglicanism form people?

Much more could be said about the subversively resonant things that draw people to Anglicanism. I’m also aware that my cultural perspective is quite limited, and that there are undoubtedly different things which would resonate with the other cultures in which the Anglican tradition has taken root around the world. (In fact, if you can think of additions to my list above, please share them in the comments below!)

However, I’d like to close with a reminder that Anglicanism must do more than merely attract people. It must also form people into Christlikeness (or “Christoformity,” as Scot McKnight put it). Otherwise, it’s not worth much—an Anglophile fad, perhaps, instead of a lifelong way to follow Jesus.

Thankfully, although it is of course possible for people to experience Anglicanism as a passing fad (perhaps in reaction to their upbringing), the subversively resonant things that draw people to Anglicanism can be the starting point of a lifetime of spiritual formation.

There are resources within the Anglican tradition that the Holy Spirit can use to teach us:

So, come, Holy Spirit! Teach us Anglicans to be “seeker-sensitive” for the glory of God. Open our eyes to the subversively resonant resources we have at hand. 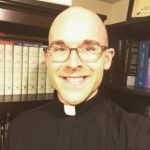 The Rev. Dcn. Joshua P. Steele created Rookie Anglican in order to make Anglicanism accessible to Anglicans and the “Anglicurious.” He is a Transitional Deacon in the Anglican Church of North America (serving at Church of the Savior in Wheaton, IL), as well as a PhD student in Theology at Wheaton College. His dissertation, which he should be working on right now, is titled Scriptural but Not Religious: Karl Barth, Dietrich Bonhoeffer, and a Biblical Critique of Religion.